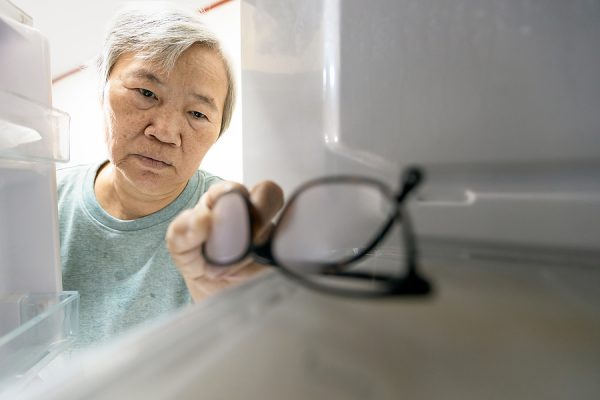 When talking about Alzheimer’s, we often refer to amyloid plaques and tau tangles. The common belief is that these are the underlying cause of the disease – and that if you get rid of them, you’ll be cured.

But it turns out these proteins may actually be a part of your body’s natural immune response against infection. In other words, they are trying to protect the brain from an infectious agent – such as a bacteria or virus.

More specifically we’ve learned over the years that herpes simplex type 1 (HSV-1) – the kind that causes cold sores – never really leaves the body. It lies dormant in your neurons until something triggers it to become active again.

Then, when it’s activated, it leads to accumulation of tau and amyloid beta proteins; and loss of neuronal function – signature features found in patients with Alzheimer’s. About 57% of people in the U.S. have HSV-1.

We also know that the herpes strains that cause childhood roseola (HHV-6, HHV-7) remain in your body throughout your lifetime. Nearly 90% of children have one of these strains in their body by the time they’re just a few years old.

In older adults, these two herpes strains are most strongly associated with Alzheimer’s disease.

If you had chickenpox as a kid, you still have the virus in your body. It never really goes away after a chickenpox attack. Instead it settles into something called the “dorsal root ganglion” nerves, where it can lie latent for years.

But when you get older it can be reactivated as herpes zoster – the virus linked to shingles.

In turn, activation of shingles creates an inflammatory response that reactivates HSV-1 in the brain and triggers the accumulations of tau and amyloid plaques. This reactivation also slows down electrical signals from the neurons, something we often see in Alzheimer’s disease.

While there is a vaccine available to prevent shingles, a large percentage of adults over the age of 60 have opted not to receive it. However, even those who have taken the vaccine can experience “breakthrough” cases. So the link between shingles and Alzheimer’s is something everyone should be aware of.

And while all of this sounds very scary, it’s important to note that the detrimental affects of herpes only occur when it becomes activated. So in most cases the question isn’t whether you have herpes viruses in your system… it’s a question of how active they are.

The more active they are, and the more ability they have to replicate, the more chance they have of spreading into your brain and starting the process that results in Alzheimer’s disease.

The idea, then, is to keep any latent herpes virus in their dormant state throughout your lifetime.

As far back as the 1960’s, researchers have recognized that an amino acid called arginine helps the HSV-1 virus to replicate. And that’s the last thing you want to have happen.

If you’re eating foods high in this amino acid you could inadvertently promote the growth of the herpes virus and trigger outbreaks. Some foods high in arginine include chocolate, nuts, seeds, whole grains, nuts, seeds, mushrooms, coconut, blueberries, blackberries, plantains, squash and cucumbers….foods that are otherwise really good for you.

But you don’t want to cut arginine of your diet altogether. Your body needs it to build protein, heal wounds, remove toxic waste from your body and support arterial health. So eat these foods in moderation.

Another amino acid, lysine, competes with arginine. And this is where the heart of the matter lies. As we age, too much arginine and not enough lysine may activate dormant HSV-1.

So the general idea is to increase your lysine intake while reducing your arginine intake. I always like to get my nutrients from clean, organic food sources. Some foods that have a favorable lysine/arginine ratio include most fruits and vegetables, most fish, poultry and, to a lower extent, beef.

But sometimes food isn’t enough. To keep your arginine-lysine ratio in balance, I also recommend supplementing with 1500 mg. of lysine daily.

While the herpes virus may play a significant role in the genesis of Alzheimer’s disease, we have to remember that “it’s never one thing” when it comes to chronic degenerative disease. Many other lifestyle causes have also been implicated in the development Alzheimer’s disease.