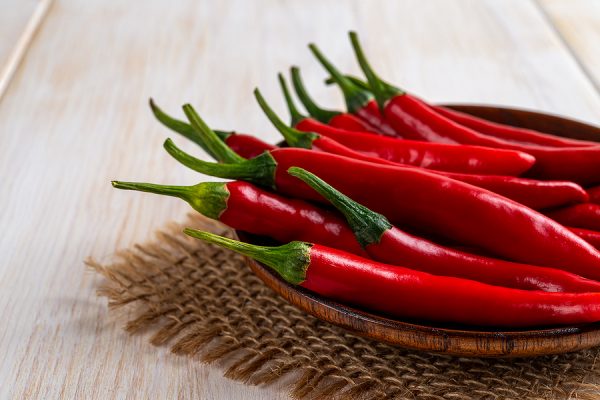 If you had chickenpox as a kid, you still have the virus in your body. It never really goes away after a chickenpox attack. Instead it sets up housekeeping in your nerves, where it can lie dormant for years.

But when you get older it can be reactivated as herpes zoster – the virus linked to shingles.

Once this happens, the virus travels to the skin and causes flu-like sensations like chills, fever and headache. And it doesn’t take long before tiny, red-rimmed blisters start appearing over the affected nerves. But the worst symptom, by far, is the nerve pain. It can be unbearable. A large percentage of adults over the age of 60 have opted not to receive the shingles vaccine. But even those who have received it can experience “breakthrough” cases. So there is no sure-fire way to prevent shingles.

Still, that doesn’t mean there aren’t a few things you can do to lower your chances of it, and recover more quickly if you do end up with an outbreak.

The Amino Acid that may Trigger Shingles

There are two amino acids that have a symbiotic relationship with the herpes viruses: arginine and lysine. Arginine promotes the growth of herpes viruses, which can prompt an outbreak. Lysine, on the other hand, inhibits the virus.

The body doesn’t make either of these. You can only get them through your diet and supplementation, which makes it pretty easy for you to take control. Clearly, the key is to increase your intake of lysine-rich foods and reduce intake of the ones that are high in arginine.

But you don’t want to cut arginine of your diet altogether. Your body needs arginine to build protein, heal wounds, remove toxic waste from your body and support arterial health.

So unless you’re in the midst of a shingles flare up, it’s more a matter of balance. Simply put, all you need to do is ensure that your lysine intake is higher than your arginine intake. And it’s not nearly as complicated as you might think it sounds.

There are many foods that contain both nutrients, but with a ratio favoring lysine. These include…

Some foods that favor arginine include nuts, seeds, mushrooms, wheat products, coconut, blueberries, blackberries, plantains, squash, cucumbers, puffed oats and oatmeal. These are the ones you might want to cut back on during a shingles flare-up.

You should also avoid unhealthy foods that have very little nutritional value. This includes processed and fried foods, and foods high in sugar.

For a little extra protection, you can also supplement with up to 3,000 mg of lysine daily.

The single most common complication of shingles is postherpetic neuralgia, or PHN. It’s caused by nerve fibers that were damaged during the shingles infection. These damaged fibers send exaggerated pain signals to your brain and can cause pain to linger for months and months after the rash has healed.

From what I understand, it’s nearly unbearable. However, there is a way to blunt those pain signals.

Capsaicin, the compound that makes cayenne peppers hot, naturally depletes levels of something called “substance P” in your body. This substance works to send pain signals to the brain. So when you have lower of levels of it, pain signals are reduced.

You can buy a topical capsaicin cream or some of those stick-on capsaicin patches at the drugstore. They have both been shown to help treat PHN pain. But they may take a while to work, because they the don’t contain a lot of capsaicin.

However, there is an 8% extended-release capsaicin patch available for the treatment of PHN. It’s called QUTENZA. It’s a little bit of a hassle, because you can’t buy it over the counter. You have to find a doctor in your area who is experienced in the QUTENZA application procedure.

Still, the 8% patch contains high concentrations of capsaicin, so it has a lot of power behind it. People generally begin experiencing relief much more quickly compared to low concentration capsaicin treatments. A single one-hour application is expected to provide benefits for about 12 weeks. Treatments can be repeated every three months.

But beware. It can cause some redness, irritation or itching. That should go away, but if it doesn’t, make sure to reconnect with your physician.