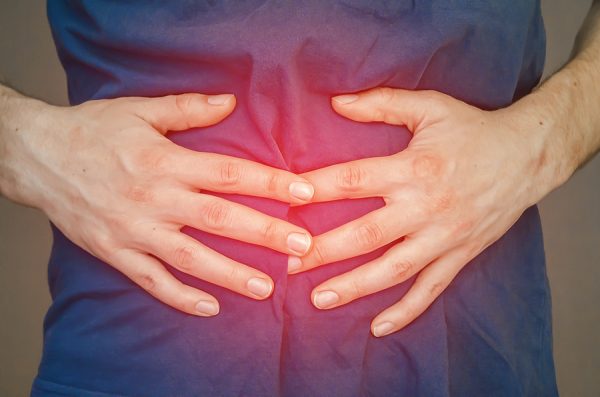 The discovery of antibiotics is one of the greatest medical breakthroughs in history. Prior to Dr. Alexander Fleming’s discovery of penicillin, even a seemingly minor cut to the skin could be deadly.

The amazing thing about it is that his discovery was completely accidental. And at the time, nobody else seemed very interested in his work. So things could have easily gone in a very different direction. Just imagine how different our lives could have been! Still, antibiotics do come with several downsides.

This brought the researchers to the realization that heart disease may not be as genetic as they previously believed. And they were right.

First and foremost is antibiotic resistance.

Nobody suspected it back in those days, but today it is a real problem.

Many mainstream doctors are quick to write you up a prescription for an antibiotic when you have a cold or flu – even though antibiotics do nothing to stop or cure these viral infections. Still, about two out of every three doctors are still prescribing them for respiratory viruses.

And more than half of the time they’re prescribing the strongest kind of antibiotics available.

These are called broad-spectrum antibiotics. And they are capable of killing multiple kinds of bacteria all at once, including the good kind.

Guess what happens then? Any resistant germs that are dangerous to your health are left to grow and multiply at will.

And while it might sound unbelievable, about 70% of “medically important” antibiotics in the U.S. are used on healthy farm animals. Mostly, they’re used to fatten the critters up.

In the meantime, all of that meat and poultry ends up on your dinner table – and in your body. The only thing this does is further increase the burden of antibiotic resistance in our society.

Secondly is what antibiotics do to your gut microbiome. The damage they cause often starts out when you’re just a little kid.

If you had an ear infection, sore throat or pink-eye as an infant or toddler, you probably received an antibiotic. And it wiped out your healthy gut microbes for a good year or more. So from an early age you were set up for a future of chronic health issues like inflammatory bowel disease.

And it only gets worse with age.

Antibiotics are overused. We know that. It is the main reason we have multiple drug resistant strains of bacteria.

But in older adults, inappropriate use of antibiotics may be more of a problem than most people realize.

At the 32nd European Congress of Clinical Microbiology & Infectious Diseases in June, it was revealed that approximately three-quarters of antibiotics prescribed to older patients over the age of 60 years were considered improper.

That’s just crazy! It means that 75% of antibiotics prescribed to older patients are completely unnecessary.

At the same time, we are learning that antibiotic use in people over 60 is linked to a 64% increased risk of inflammatory bowel disease (IBD) on average. In fact, irritable bowel conditions like ulcerative colitis and Crohn’s disease are growing more rapidly in this age group than most others.

A single course of antibiotic treatment in seniors from 60 to 90 years old can increase the chance of IBD by about 27%. It jumps to 54% after two courses of treatment, 67% after three courses, and 96% after four courses.

Any antibiotic you take can affect your risk. But new IBD diagnoses are highest in seniors who take an antibiotic one or two years before the onset of symptoms.

In a worst-case scenario, antibiotic use can lead to a dreadful diarrheal condition called Clostridium difficile. This is a bacterial infection that occurs when the gut microbiota gets out of whack. Around a half million people in the U.S. have C. difficile each year. And about 29,000 patients have fatal outcomes within 30 days of the initial diagnosis.

And while all antibiotics have a negative influence on gut health, fluoroquinolones are, by far, the worst. They seriously disturb the gut microbiota that protects your immune system and guards against all sorts of health disorders. They also wreak havoc with your energy producing mitochondria.

This class of antibiotics is easy to identify because their names typically end in “floxacin”. Ciprofloxacin, which you might know as “cipro”, is a perfect example.

Be Smart about Antibiotic Use

I would never recommend avoiding antibiotics altogether. Like I said earlier, they are one of the greatest breakthroughs in medical history. They save lives.

But mainstream doctors will almost always give you the strongest one possible, even if it’s for something like a urinary tract infection. That just disrupts your gut microbiota further and increases your risk of IBD. Plus it opens you up to antibiotic-resistant infections in your retirement years.

And always keep in mind that antibiotics don’t work against colds, flu, most sore throats, bronchitis, and many sinus and ear infections. So please, don’t demand one if you’re told it’s not necessary.

If you absolutely have to take one, ask your doctor for an older, narrow-spectrum antibiotic that targets your specific problem. While it will still affect your gut microbiota, the results may not be as severe. Plus, because these antibiotics target very specific bacteria, they don’t really contribute to drug resistance.

Also, even though antibiotics kill both good and bad bacteria, taking a probiotic can help reduce the negative side effects. For example, if you take a probiotic at bedtime while on antibiotics, you can cut your risk of developing C. diff by about two thirds.

Look for one that contains multiple strains of lactobacillus and bifobacterium. The more strains and the higher the colony count, the better off you will be.

Disparities in Antibiotic Prescriptions in the USA. Review of the 32nd European Congress of Clinical Microbiology and Infectious Diseases (ECCMID). EMJ. June 2022.