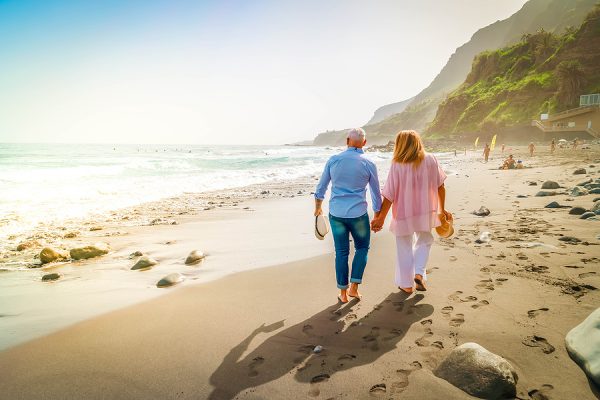 Decreased walking speed often occurs as we age. And as a physician, I often use gait speed to get a handle on the general health, physical mobility and frailty of some of my older patients.

Slow gait speed can also be a sign that mild cognitive impairment or dementia is in a patient’s future. It really all depends…

We know that slow walkers in their 40’s have smaller brain volumes, show more cortical thinning and a greater number of white matter lesions – all of which are linked to mental decline and dementia.

And we know that when walking speed decreases in older adults it further reduces hippocampal volume and both gray and white matter volume.

But here’s the interesting thing. Not everyone who loses gait speed develops dementia. So how can you really use it as any sort of predictor?

Well, one question researchers have had for years is not only how walking speed influences cognition, but how cognition affects walking speed. Is it possible that it’s not a one-way street, but a two-way street?

A group of American and Australian researchers decided to tackle this “chicken or egg” scenario head-on.

They recruited a group of relatively healthy people 65 years of age or older without dementia. Gait speed, global cognition, memory, processing speed and verbal fluency were all measured regularly over the next seven years.

Their results, which recently appeared in the Journal of the American Medical Association (JAMA) confirm what I’ve believed for years.

People who had a decline in gait speed each year and, at the same time, performed the worst on the cognitive tests were the most likely to develop dementia.

They are called “dual decliners.” They not only walk slower; they also show signs of mental decline earlier. So it’s like a one-two punch. It’s unfortunate, but the risk of dementia in these individuals is quite a bit higher than people who experience either slower gait speed or cognitive decline alone.

One of the best things you can do – for both your gait speed and your brain health – is to get moving. Increased physical activity does all kinds of good stuff for your brain, while also improving muscle strength, coordination and balance. Regular physical activity…

Nourishes your neurons. Exercise boosts production of a protein that acts like a fertilizer to grow and nourish neurons. It’s called brain-derived neurotrophic factor (BDNF). This protein encourages the growth of new neurons, improves their function and protects them from stress.

Increases the size of the brain’s hippocampal area. This is the seahorse-shaped area in the brain that plays an important role in consolidating short-term memories into long term memories.

Increases the activity in the prefrontal cortex. This region of the brain is important for planning, decision-making and organization. It also regulates behavior and keeps us from doing things like stripping down in public, yelling cuss-words for no reason and other bizarre acts.

Increases the volume of both gray and white matter. Gray matter is important for memory, movement, language and other important brain functions. While matter is the system that makes neural connections between all of the lobes of the brain.

Reduces white matter lesions. These are pockets of dead cells that can affect the way your brain transmits information to the thinking areas of your brain. It’s now believed changes in white matter could be one of the earliest detectable brain changes in Alzheimer’s disease.

As you can see, physical activity does as much for your brain as it does for your body. And even if you have limited mobility there are many different options you can participate in.

There is no time like the present to start improving your gait speed and building a stronger brain!