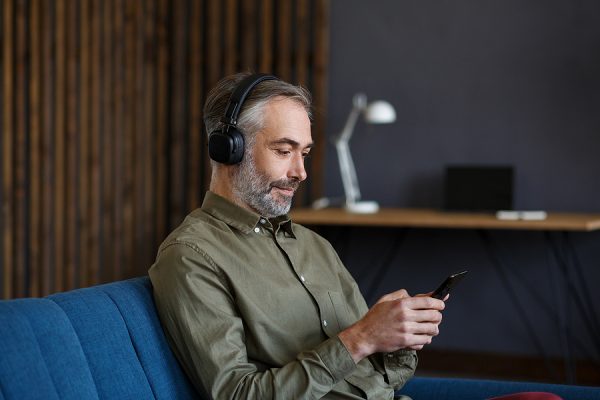 Music punctuates so many events in our lives.

We listen to music to have fun. To relax and reduce anxiety. To help us meditate and think more clearly. And in utero, music helps babies’ brains mature.

It’s almost as if music is the fabric of our lives. And that’s probably true. Music is old and has likely been with us since the beginning of human evolution.

But who knew what a powerful effect it could have on us throughout our entire lives?

Musical Memories Stay with Us

In 1966, a neurologist by the name of Oliver Sacks brought the healing power of music into the 20th century. He discovered that people who appeared to be catatonic would break out of their fugue-like state when they listened to their favorite music. And in some cases, they would remain alert for a short while after hearing it. But it only worked with songs they were familiar with, or had some kind of a connection to.

A perfect example of this is Marta Cinta González Saldaña, the professional ballet dancer who had Alzheimer’s disease. Upon hearing Tchaikovsky’s Swan Lake while living in a senior care facility, she started performing the entire ballet routine. The frail, elderly woman just started moving around and became a lovely ballerina once again.

And there is Paul Harvey, the former concert pianist with dementia. His son sat the man down at the piano and gave him four musical notes to start with. Once Mr. Harvey pressed those four keys – F natural, A, D and B natural – his fingers literally flew over the piano keyboard. He created an entirely new musical composition in about two minutes, with absolutely no effort.

The music was so beautiful that the BBC Philharmonic ended up creating a full orchestration of the melody and released it as a single in the UK. Amazingly, it hit the top of the charts on both Amazon and iTunes.

These moving stories speak to the power of music when it comes to memory loss, Alzheimer’s and other forms of dementia.

And just recently, we discovered some of the reasons why music can have such an effect on the brain.

Music Lights up our Brains

In a 2021 study, researchers had patients with early-stage cognitive decline listen to music they knew well, and music that was new to them. The patients had brain scans taken before and after listening to each type of music.

It turned out that after they listened to the new music, brain activity mainly occurred in the area of the brain that processes auditory information. This indicates it was merely a listening experience.

But after the patients listened to music they knew well, it activated areas of the prefrontal cortex, which plays a central role in cognitive control functions. So it showed a clear indication of executive involvement.

They also experienced strong engagement in neural formations that are deep within the brain. These are areas involved in complex activities like memory, emotion and pleasure.

In other words, music with a personal connection can have a meaningful effect on brain plasticity in patients with mild cognitive impairment or early Alzheimer’s disease.

I like the way one of the study authors summed it up. “Music that holds special meaning for a person, like the song they danced to at their wedding—stimulates neural connectivity in ways that help maintain higher levels of functioning.”

This adds scientific proof to what we’ve already known for so long. Music really does have the power to heal!

Montagu J. How Music and Instruments Began: A Brief Overview of the Origin and Entire Development of Music, from Its Earliest Stages. Frontiers in Sociology. 2017;2.