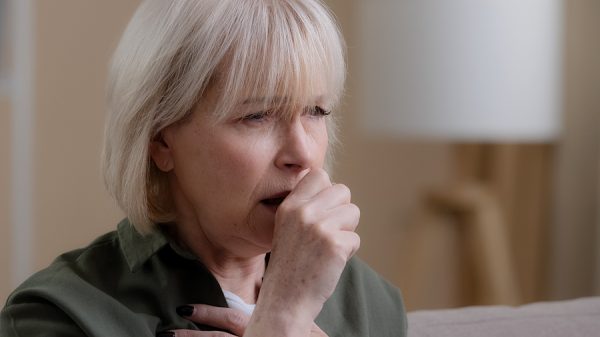 Flu season is here, and if early data out of Australia is any indication, we might be in for a bad one. Over there, winter starts in June and ends in August, so we generally use their data to predict how the flu season will play out in North America.

This year, that country had a wave of flu cases that surpassed pre-pandemic rates. And while that isn’t a 100% guarantee that the same will occur here, the environment is ripe for it.

You see, over the past several years we’ve seen flu cases drop dramatically. In fact, the flu practically disappeared. In the 2019-2020 season more than 35 million people here in the U.S. had the flu. When you compare that to only 1,675 positive cases in the 2020-2021 season, the difference is staggering.

This drop was likely due to masking, social distancing and other measures to protect against COVID-19.

But here’s the thing. When we aren’t exposed to the flu, our immunity against it drops. That automatically makes us more susceptible to it.

So between a potentially significant flu season and the lingering threat of COVID-19, there’s no better time than now to start boosting your immune system.

Get Ready for Flu Season!

Even if you’ve gotten a flu shot, it may not prevent you from getting the flu. These vaccines only protect you against influenza viruses that researchers think will be common during the upcoming flu season. To top it off, the influenza virus is constantly mutating. So it’s nearly impossible to predict its form far enough in advance to create a truly effective vaccine.

Instead, I’ve found that the absolute best defense against the flu is to keep your immune response strong and healthy so you are better able to fight it off.

This means feeding your immune system a healthy diet, rich with fresh fruits and vegetables and low on refined sugars and saturated fats, goes a long way to keeping your immune system strong. It’s a good idea to supplement with a high-quality multi-vitamin every day, too, to fill in any nutritional gaps.

I also have a secret immune-boosting remedy that I used to give my daughter each year when flu season came around. And she really never got sick.

Getting enough sleep is also important to your immune response. Allowing your body to get rundown is like issuing an invitation to the flu to come and take up residence. You should try to get at least 7-9 hours of sleep every night.

It’s especially crucial to maintain adequate levels of vitamin D. When people are low on the sunshine vitamin, they’re more likely get respiratory infections like colds and flus. But it’s tough to get enough D in the winter when you live in the northern states – especially during the flu season – because there just isn’t as much sun during that time of year.

I suggest getting your D from a supplement that contains the cholecalciferol form of D3. Taking 2,000 to 4,000 IU daily should do the trick. However, if you’ve had your levels tested and find you’re deficient, you may need from 5,000 to 10,000 IU a day for a few months and then recheck levels.

I also recommend taking a zinc/quercitin combination like that from Sandhus. The quercitin helps to bring zinc into your

And don’t forget to keep your hands clean! Use soap and warm water for 20 to 30 seconds several times a day. If you’re out and about, an alcohol-based hand sanitizer that contains at least 60% alcohol will do the trick.

What To Do if You Get the Flu

In the meantime, if you do happen to fall victim to the flu this year, you know as well as I do that it never goes away nearly as quickly as you wish it would.

You could go to the clinic for an antiviral like Tamiflu, Relenza or Rapivab. But these meds only relieve your symptoms by one day, at most. And that’s only if you start taking it within 48 hours of symptoms.

I’d much rather stay in the comfort of my home than running to the doctor, sharing the waiting room with other sick people and hanging around at the pharmacy getting a prescription filled while I feel like crap. Not just so I might – maybe – feel better one day sooner.

I can get results that are the same or better – and so can you – by using some tried and true flu remedies.

Elderberry is one of your best bets. This herb practically stops flu dead in its tracks by blocking viral growth. And it’s been shown to reduce fever and other symptoms about four days quicker than if you don’t take it.  All it takes is a tablespoonful four times a day for 5-7 days. And don’t be fooled by lozenges and other “Elderberry remedies”. Only the liquid extract works. I like Sambucol® as it’s been shown to kill multiple different flu viruses in lab testing.

Chicken soup is another tried and true home remedy. It reduces the inflammatory response that triggers the release of mucus. And that’s really where a lot of cold and flu misery comes from. All that excess mucus leads to hacking and coughing, which generally adds to the achy feeling in your neck and back muscles.

Get plenty of healthy omega-3 fatty acids. It’s no secret that omega-3 fatty acids improve immune function. And they may have a special role when it comes to the flu. Omega 3s increase the activity of white blood cells (phagocytes) that eat the virus up.

You can get your omega 3s by eating fresh, wild-caught fish like mackerel, salmon, herring and trout or supplementing with cold-water fish oil that contains at least 360 mg of DHA and 540 mg of EPA.

Rest, hydration, warm liquids, nasal flushes and hot showers can also help ease your misery and put you on a quicker road to recovery.

Schwalfenberg GK. A review of the critical role of vitamin D in the functioning of the immune system and the clinical implications of vitamin D deficiency. Mol Nutr Food Res. 2011 Jan;55(1):96-108.