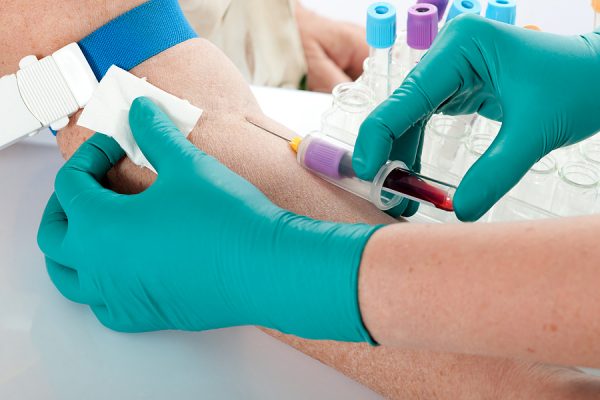 Hypothyroidism is one of those misunderstood conditions that is often either undiagnosed or misdiagnosed. That’s because the symptoms are so wide-ranging that it can be difficult to pinpoint. Among other things, it can cause fatigue, brain fog, anxiety, irritability, depression, forgetfulness, weight gain, hair loss and dry skin.

In women, many of these symptoms are similar to those that accompany menopause. Plus, an untreated hypothyroid state can lead to depression. So it’s not uncommon for women to be sent away with a diagnosis of menopause or depression.

And because hypothyroidism is more common in women, many doctors completely overlook the possibility of low thyroid in men. But men can experience thyroid issues too, with the added symptoms of reduced sex drive, erectile dysfunction and low testosterone.

To top it off, the test most often used to check your thyroid doesn’t always give an accurate picture.

It’s called TSH, which tests for thyroid-stimulating hormone. The problem is, TSH isn’t actually a thyroid hormone. It comes from the anterior pituitary gland, and its job is to alert the thyroid to produce thyroid hormones. So on its own, it is an inadequate measure when it comes to thyroid testing.

Instead, what you really need is a full thyroid panel that measures your actual thyroid hormones. This would include T3, and T4 testing, along with a TPO antibody test and anti-thyroglobulin test (in addition to TSH).

A reverse T3 (rT3) is helpful too. This test isn’t included in a full thyroid panel and is most-often used for people who are on thyroid medication and not feeling better. So it can solve a few mysteries.

The Consequences of Undiagnosed Hypothyroidism

These days we have so many people with subclinical hypothyroidism. It’s often referred to as a “secret,” “hidden” or “silent” epidemic. And more than half of the 20 million Americans who have thyroid issues don’t even know it.

This is a mistake for everyone involved.

Hypothyroidism is associated with an increased risk of heart disease and heart failure. And people with low thyroid function tend to experience more cardiovascular and cerebral events than those with normal thyroid.

Low thyroid can cause damage to your peripheral nerves, resulting in peripheral neuropathy. This could lead to numbness, tingling and pain in the affected areas.

And while the symptoms of hypothyroidism can take a toll on your mental health, the condition itself can also decrease mental function.

As a matter of fact, an article published in Neurology just a few months ago (August, 2022) found that, among people aged 65 years or older, those with a history of hypothyroidism were 81% more likely to develop dementia than people the same age who did not have thyroid problems.

The good news is that you can take an active role in your own thyroid health.

What Your Thyroid Needs to Work Effectively

You see, certain compounds compete with iodine receptors. If you look on the periodic table, you’ll see that iodine is right below fluoride, chloride and bromide. When you are exposed to any of these, they displace the iodine. Your body just can’t hold onto it.

And we are exposed to all of these compounds daily.

Chloride is also found in public water systems, along with any pool that you swim in. Plus, if you use the zero-calorie sweetener sucralose (Splenda), or consume foods and beverages that contain it, you should be aware that sucralose is a sugar-chlorine hybrid. In other words, you’re ingesting chlorine every time you consume it.

Bromine is an ingredient in many citrus-flavored soft drinks and juices. It comes in the form of brominated vegetable oils that act as an emulsifier. Baked goods and flour often contain potassium bromate. And non-organic produce, particularly strawberries, are treated with brominated pesticides.

To sidestep these iodine-zapping chemicals, I recommend buying only fluoride-free dental products and placing filters on your tap water to reduce fluoride. It’s also a good idea to drink either spring water or distilled water with trace elements added instead of tap water. And isn’t it long past time to replace those old Teflon pans?

If you have a pool, investigate ways to keep it clean with options other than chlorine. And for goodness’ sake! Watch out for artificial sweeteners like Splenda. They’re horrible for your body.

And please, if you want to avoid ingesting chemicals like bromide, consider drinking tea or water instead of soda and processed juices, pass on foods that are baked or contain white flour, and buy organic produce whenever possible.

For additional thyroid help, certain nutrients can help. The specific thyroid regimen I use for my patients after testing when needed includes…

Thyroid problems aren’t difficult to address when you catch them early and take the necessary steps to correct them. And for most people, the road to a healthy thyroid is a simple one once they have this information at hand.