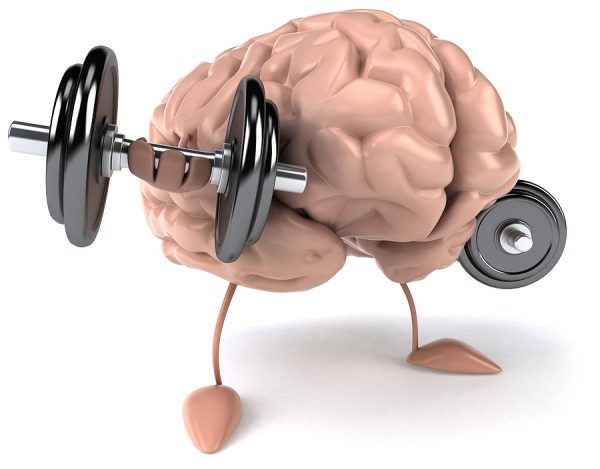 The nutrient I’m talking about is phosphatidylserine (PS). It is an all-natural substance that your doctor probably won’t tell you about. In fact, he probably doesn’t even know about it. That’s because, these days, medical schools don’t teach their students enough about natural health care solutions.

Now, when you’re young, your body produces plenty of PS. But once you hit your 40’s, the levels of production start to drop and communication between the brain cells begins to decrease. As time goes on, this will gradually result in memory loss and mental decline.

But if you boost your PS levels, you can protect your nerve cells, neurons and myelin to help improve brain cell communication.

So whether you’re 40 years old, 60 or even 80, PS is critical to keeping your mind sharp, alert and operating at full-speed.

When you take PS it can …

What is a Nootropic?

When we talk about substances that improve mental performance the way PS does, we call them a “nootropic.” The official definition of a nootropic from Merriam-Webster is “a substance that enhances cognition and memory and facilitates learning.”

But PS isn’t the only natural brain-enhancing compound available to you.

I also like a nootropic herb called Bacopa. It contains compounds called saponins that work to enhance nerve impulse transmissions and repair damaged neurons. Saponins may also help reduce the beta-amyloid protein deposits that slow down thinking and memory. It only takes about 20 mg daily to produce brain-healthy benefits.

There is also turmeric. You learned a lot about this ancient spice in the June 13th issue of Advanced Natural Wellness.

Turmeric is loaded with a powerful antioxidant called curcumin that improves mood, memory and attention abilities. And over the long term, daily curcumin intake can reduce the systemic chronic inflammation that may affect your brain and thought process.

Plus, curcumin is shown to reduce amyloid and tau accumulation in the amygdala and hypothalamus. These two regions control memory, emotions and decision-making processes that are necessary for day-to-day living.

Another great brain booster is ashwagandha. It’s an impressive herb when it comes to improving memory, concentration and thinking skills. In adults with mild cognitive decline it not only boosts memory. It also enhances executive function, attention and information processing speeds. Ashwagandha also has the potential to neutralize the toxic effects of beta amyloid deposits. Plus, it appears to boost acetylcholine activity. This is a brain neurotransmitter required for proper memory, brain function and motor control.

The Nootropic Effect of Foods

In addition to nootropic supplements, certain foods also act to enhance your brainpower.

For example, the anthocyanins found in strawberries and blueberries can increase certain signals in the brain center that help improve memory recall.

Eggs are very high in a nutrient called choline, which is needed to produce acetylcholine in your brain. Low levels of acetylcholine greatly increase your chances of dementia. Since the choline is concentrated in the egg yolks, make sure to eat the entire egg and not just the whites.

The flavanols found in dark chocolate boost blood flow to key areas of the brain. This, in turn, sharpens the mind, boosts thinking skills and increases brain performance.

Green leafy vegetables are full of antioxidants that protect your brain. This includes foods like spinach, kale, broccoli, cabbage and Brussels sprouts. In the long-running Nurse’s Health study the researchers found women who ate the most of these veggies had slower mental decline and were able to lower their brain age by one to two years.

And the healthy fats found in extra virgin olive oil, nuts, seeds and fatty fish are proven to reduce inflammation, increase blood flow to the brain and help clear amyloid plaques that are associated with Alzheimer’s.

While there is no sure-fire way to prevent cognitive decline, these nootropics can make noticeably positive improvements on your memory and go a long way toward keeping your brain firing on all cylinders for years to come.